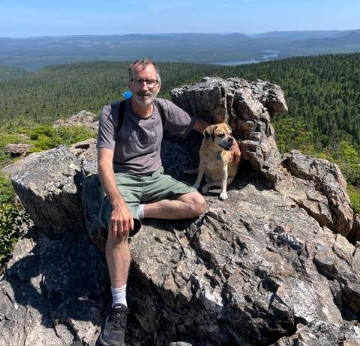 Natura Solutions' president, Scott Sinclair, is an industry pioneer with almost 40 years of development experience. Scott earned his Bachelor of Math degree from the University of Waterloo in 1984, concentrating his studies in Computer Science. Shortly after graduation Scott joined Software AG of Canada and before long was managing their Product Development team. Scott spent 14 years at Software AG before starting Natura Solutions. During this time he invented and led the development of a product called Natural Construct. This is a code generation tool used to build sophisticated Natural applications by integrating generated components. Three decades later there are still many companies around the world using Natural Construct and utilizing much of the same code that Scott developed back in the 90s.

Much of Scott's career has involved the development of software tools and utilities designed for programmers. He has a passion for creating software that is used to simplify the building of complex systems and for ensuring that quality is an inherent part of the methodology by which software is developed. A key aspect of this methodology is to build components at a higher level of abstraction than the code level. Coding is difficult for most people and it is extremely error prone. When large complex systems are built from scratch it can take years or even decades to iron out all of the bugs that get introduced by an average team of developers. The only way to solve this problem is to reduce the amount of new code that needs to be written by leveraging frameworks and generation technology.

Scott's latest initiative is a product named GenHelm. This is a multi-user, web-based tool and application framework used to build websites. This tool adopts a similar approach to what was so successful with Natural Construct. That is, it:

The end result is a product that satisfies these key design goals:

Over the past decade, GenHelm has evolved from an internal application used by Natura Solutions to build websites into a product that will be available for sale in the coming months.